Return of the Green Man 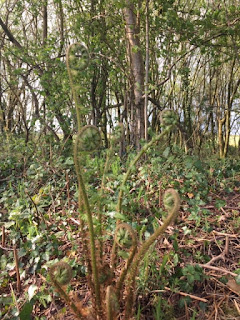 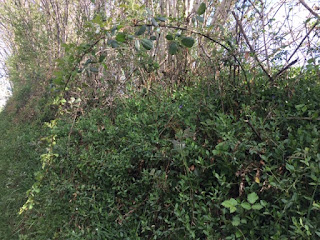 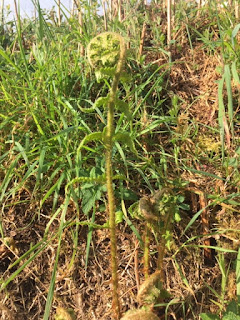 followed by stalk of hand and wrist
then un-stretched arcs of bramble arms
thrown out to grasp and root.

strong-armed in lignin. Rib circled
he inspires, his inflating body
ready to break its bonds

swollen with fresh projections.
Leaves sprout from every crack
jostling. They are drawn forth

these unsuspected members
to find themselves
full of purpose and unruly.

Renewed man is almost ready
to take his leave once more,
once he has learned to walk

and take stock. Firmly rooted
multi-limbed he advances
when you’re not looking

implanting his staff afresh
he leaves the last one, leading
the way to his rightful place

He may be a (normal) head peeping through foliage – when he might have been called Jack in the Green, Puck or even Pan.

But he’s more often thought of as an old carving in a church – of a face with leaves, stalks and stems bursting from mouth, nose and ears.

There are faces with leaves growing from the forehead or sides of the nose, heads whose luxuriant hair is turning into twigs and branches, or beards become leaves, happy and tranquil faces along with tormented and transforming faces that are even part animal.

But this poem encounters him as a whole being – definitely plant, but one with human features.

Bracken and brambles arrived early on, both characterised by mysterious power. They may have been amongst the first on the scene; very likely they’ll be the last.  The one travels determinedly underground, those tough roots pushing forwards, unseen; the other flings its limbs into the air to land and start afresh – both spreading inexorably.  Trees take longer, but are somehow stronger.  Leaves and blossom erupt, as if by magic…

Look away, and you’ll be surprised – like a game of Grandmother’s Footsteps: how they’ve grown, and come closer. Every spring, we’re surprised.  And delighted.

So the Green Man prompts our questions: he has us, no less than our medieval ancestors, marvelling and wondering. Reflecting as they did, on fertility symbols, representations of the great pattern of life and death in which all living materials are recycled, and the close association of human life with plant life.

These may be troubled times, but here we are again with spring (what an expressive metaphorical word!) all around, bringing its spirit of resurrection and explosion of potent fertility, along with the promise of future fruitfulness.

Whatever the title given to this season, not to say celebration – Beltane, Easter and many another long lost in history – the Green Man sprouts his fresh green shoots, which appear unexpectedly on wood, in stone, through glass, upon clay, perhaps even from flesh.

If we failed to notice, we were busy looking in another direction..

The Green Man has returned.
And lives – again.

Which gives us all hope.